Editorial: What You Should Know About Anonymous, And Why You Should Like What They Do 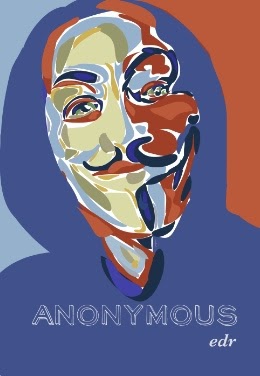 The recent events of 2020 have switched and divided the country in irreversible ways. This year started off with one major life altering event, the coronavirus pandemic, and now we are submerged in the second, but this time the life-altering event is also an outcry for change of the injustice that is police brutality. As a nation, we’ve all seen the news reports regarding police brutality but for some reason little change has been instilled in our justice system regarding the deaths of black people and the prosecution of their murderers.

While the country is stained in tragedy, a famed internet hacking group that is fighting out against the corrupt government is Anonymous, gaining massive fame in the recent week. It’s not one person, but rather a large group of hacktivists who work together against distorted higher-ups in the rankings of politics and fame. Anonymous is more of a label, rather than a group of hackers, who work against social injustices. They’ve come out of the dark with in recent years with information that claims to tie former President Clinton and President Trump to alleged child-trafficker Jeffrey Epstein. They’ve emerged from speaking out against groups like ISIS and the Church of Scientology, dismantling their ability to distribute their messages. They’ve since released a video foreshadowing their upcoming attack against the Minneapolis Police Department with incriminating information against the Minneapolis police and the government. They’ve disabled the MN Police Website for the night of Saturday, May 30th til the next morning. Although the website was back up that Sunday, users still are facing minor access problems.

This internet strike shows the beginning of what can happen to future organizations if they don’t maintain an ethical agenda, and it’s clear that this makes some in power uncomfortable.   Twitter has recently silenced several of the most prominent Anonymous twitter accounts.  A popular tweet shares that the Chicago Police Radio Stations have been hijacked with different songs in an attempt to prevent police from transmitting to each other on where protesters are. Although this may seem immature, it still helps get the point over that protesters won’t stop until there is legislative action. The members of the group are encouraging others to unearth information of people like President Trump to try and get them to change police policy. The unraveling of corrupt organizations and continuation to fight for injustice for those who can’t is an example of the greater strides our generation have proven to go to to spread equality for all.

Being a part of the generation that has come a long way with so many different causes, I have hope that we can live in a world where everyone is treated equally. But with that legitimate steps have to be made, and until any concrete decisions are put into place, specifically ones that better the lives of black people, groups like Anonymous will continue to dismantle the underlying issues of injustice.