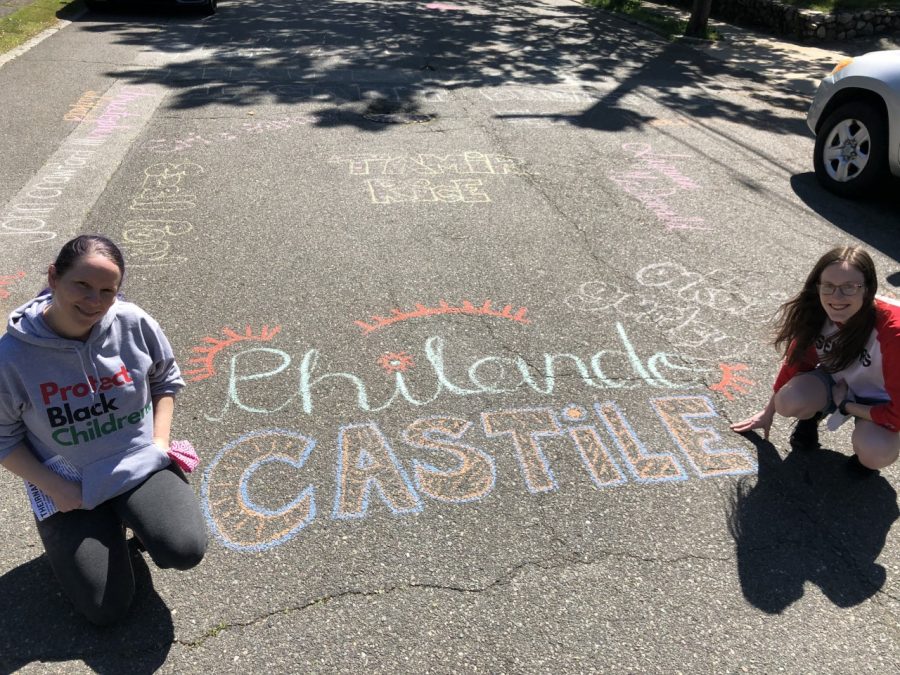 The writer (right) takes part in a public remembrance of people of color killed by police officers.

On May 25, 2020, in Minneapolis, Minnesota, a black man named George Floyd died after an officer of the Minneapolis Police Department kneeled on his neck for 9 minutes during an arrest. Two days ago, I saw for the very first time in my life, photos of events that I had only ever heard about in history books. It wasn’t until I sat down to write this that I realized that fact. I have never personally lived through a time in which anything like this has ever happened, and the streets of Reading have certainly not seen this type of anger. It makes a person wonder– is this really what it took to get people to notice the problem? How the heck did we get here?

You can take a lot of lessons away from this. I, for one, have realized that I am not nearly as well-educated on racial issues as I thought I was. I imagine many other people in this town are in similar situations. Not understanding the context behind what happened to George Floyd, and how it has led to what we are seeing now, will make it incredibly difficult to understand what is happening in Minneapolis. Educate yourself!

It is difficult to connect ourselves to what is happening, and it is difficult to feel it too. A lot of my adoptive family on my father’s side down in Florida has a background in law enforcement. I am also the kid that always tries to wave to Reading police cars as they go by (with various degrees of success). The closest I have ever come to being scared around a police officer is when a construction worker forgot to put a cone in front of freshly laid cement and I started walking on it and a cop started yelling at me to get off of it because it would burn through my shoes. That is absolutely nothing. I have a great appreciation for law enforcement and to feel this pain that I have felt over the past few days has brought about a deep internal conflict. It is my belief that our community is blessed with a very good set of men and women in blue. And I’m encouraged to see that Reading Police Chief David Clark issued a statement condemning what happened to George Floyd.

There are only so many things we can do to help. We can spread the word, share our beliefs, and do our best to fight for justice and equality. I, however, would not advise anyone to encourage violence or hatred. Violence might get results, but not usually the desired ones, and hatred might feel like the most appealing reaction, but it isn’t tasteful nor is it helpful. One thing that we can try to be better at doing, though, is bridging the gap between officers and civilians. As time passes, that gap seems to get larger and larger, and it shows. Even in our own town, we had a select board member remark that they felt intimidated by all the guns in the room because police officers attended the Select Board meeting about their police chief. The select board member received vicious backlash from the community as a result. Even in a small town, that gap between police and residents is there. Close that gap.

This story certainly has touched our community in some capacity, otherwise I wouldn’t be sitting here writing, now would I? A black man named George Floyd was murdered by a cop while the whole thing was videotaped. I think many of us have seen the footage. We may be physically far from where George Floyd was killed, but if we don’t make a point to stand up and say, “This isn’t okay and we need to address it,” we will not only miss out on an opportunity to learn, but we will be setting ourselves up for failure in the future. Stand up and say, “This is not okay.”