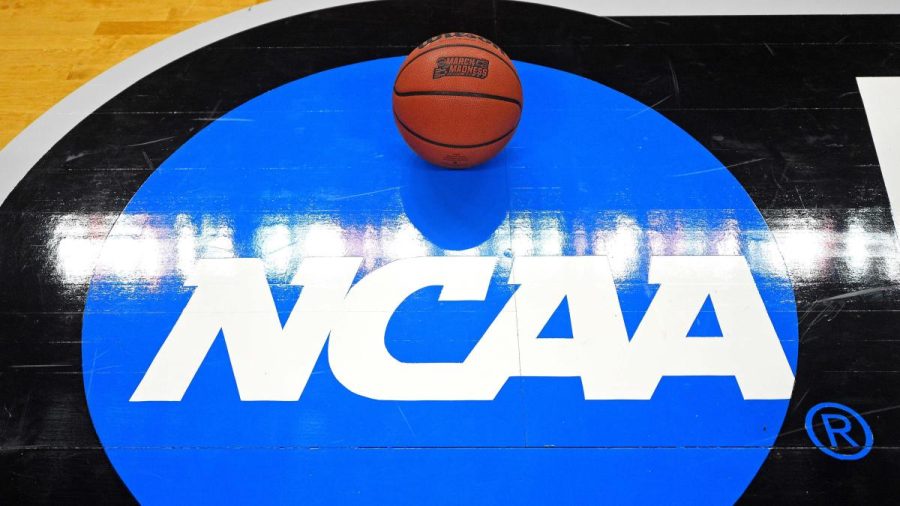 Mar 16, 2018; Charlotte, NC, USA; A view of the NCAA logo and basketball before the game between the Virginia Cavaliers and the UMBC Retrievers in the first round of the 2018 NCAA Tournament at Spectrum Center. Mandatory Credit: Bob Donnan-USA TODAY Sports

Let me be honest. When March rolled around this year, and people began switching out winter coats for t-shirts, one of the last things on my mind was March Madness. As major TV channels like CBS and TNT began advertising college basketball’s biggest end-of-season tournament, I failed to complete the widespread tradition of making a bracket.

As an NBA fan, .I’ve never really been interested in college basketball. “Why would I watch college kids do the same thing as world-class professionals?” I questioned. And yet, when college courts lit up the TV screens and the madness began, I found myself wondering what took me so long to come around. Though my fandom for the NBA remains unchanged, this year’s March Madness has convinced me that the college basketball playoffs are more appealing than the NBA playoffs in many ways.

In terms of the basketball gameplay itself, March Madness basketball offers a refreshing style of the game. In the NBA, it’s true that even the worst bench players are far more skilled than most college players will ever be. Because of this, it’s my opinion that the NBA has become almost too perfect. In the current NBA landscape, teams and players have reached a game style so efficient it doesn’t feel realistic. In college basketball, lesser talented players lead to teams designing their own systems around their player’s strengths and weaknesses. This not only brings variety, but also creates a visual product that feels more natural and realistic to how one might play the game themselves.

Similar to the difference in skill between NBA and college players is the difference in status. NBA stars tend to have massive fan bases following their careers, a stark difference from most NCAA stars, who may be virtually unknown. In many ways, following a star player in the NBA can be exciting and can encourage fans to get more invested in the game. However, just as enticing as the storylines of NBA icons is the frequent new storylines that emerge during March Madness.

Each year, the one-game-elimination system of March Madness produces many situations where an under-the radar team upsets a college powerhouse. This is much more likely to happen in college than in the NBA playoffs, where each matchup is four to seven games long. A result of these frequent upsets is not only more excitement, but also the emergence of unknown players with interesting (and sometimes relatable) backgrounds. Take, for example, the emergence of Doug Edert, a player for the underdog St. Peters basketball team who won a total of 3 tournament games and shocked the nation this year. Relatively unknown prior to his team’s March Madness run, Edert became a fan favorite this year, captivating fans with his clutch shots and iconic mustache. It’s characters like these that make March Madness so much more interesting than the predictable nature of the NBA playoffs.

While NBA playoffs will keep me tuned in every April, I can’t help but appreciate the exciting and refreshing nature of March Madness. For some reason, watching professionals achieve what they get paid millions to do isn’t the same as watching young players make their mark and live out their childhood dreams. While perfection in any form is beautiful in its own right, sometimes I just need a little madness.