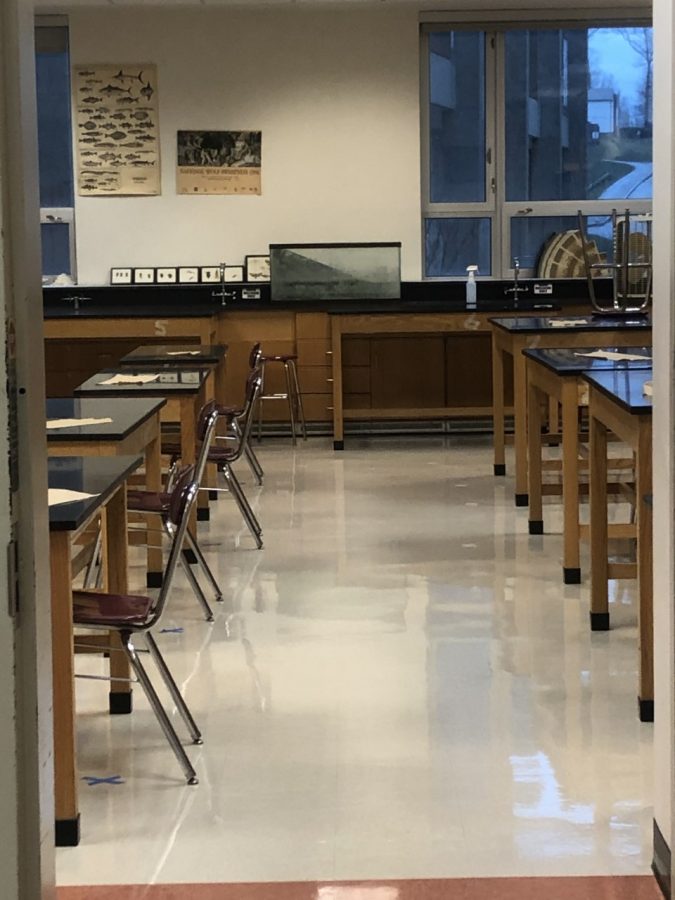 Last week two students from another town entered RMHS during the school day in order to make a Tik Tok video about the school’s lunch.

A recent email from Principal Tracy addressed the incident regarding the two high school girls, as well as the school’s concerns with unexpected guests and food delivery.

“The other day we had two uninvited visitors enter the building, walk into the cafeteria, get a lunch, rate the lunch, then proceed to walk across the crosswalk and then out of the building,” noted Mr. Tracy in his email. “We know this because they filmed it, put it on TikTok for the whole world to see.” In terms of how they entered the school, Mr. Tracy goes on to explain this as well in a recent interview: “We have our buildings locked throughout the day…but the weak link in the system is if somebody opens a door for someone else.” With the two girls being teenagers themselves as mentioned in the email, there was a small chance of distinguishing them from the many other RMHS students on their way to lunch, or the many RMHS seniors trying to enter the building at this time from multiple doors. In this situation, the girls were mistaken for students and let in, according to Mr. Tracey.

With such easy access to the school as a stranger, the question of school safety emerged. “In this case, I do not think it was [a safety concern],” explained Mr. Tracey in a recent interview. “ I think the two students who were 17 year old high school girls from another town were doing something as part of a joke and thought that they would get a rise out of rating food at different random schools.” Mr. Tracey also went on to say that this may not be the same situation for others, though. “I think anytime you have unwanted visitors in a school can be a safety concern…Once I’m notified, I go with Officer Lewis or I go myself, and I just pull the person out and figure out what’s going on.”

Last week’s incident also brought other underlying issues to the surface, such as food delivery. In addition to Mr. Tracy’s discussion of “uninvited guests”, he also writes about students ordering food to the school, which he states is “not allowed” in bold. Despite this, Mr. Tracy also stated,  “The unwanted visitors are few and far between.”