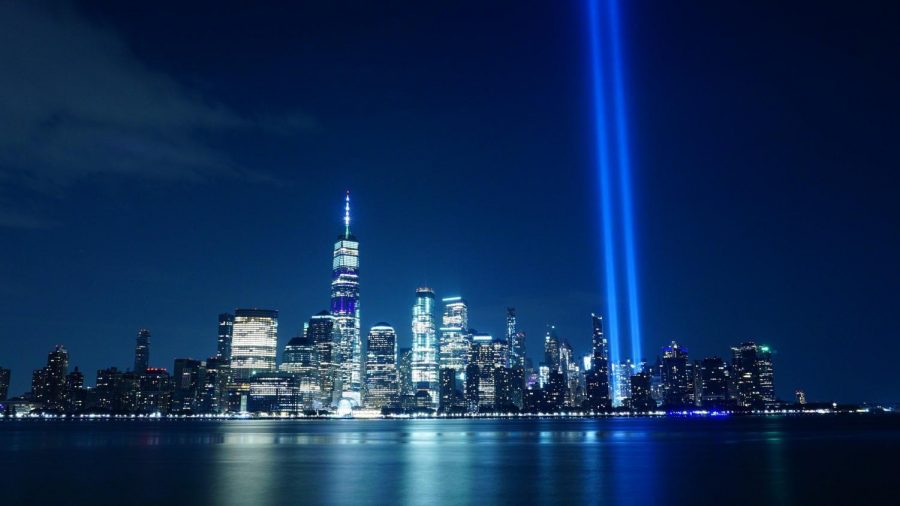 Image by David Z from Pixabay

Students enrolled in Honors Journalism class interviewed some of the current teachers who were working for RMHS on September 11, 2001.  In the days leading up to the twentieth anniversary of the attacks of that day, they recalled what September 11 was like at 62 Oakland Road.

Photographs originally appeared in the 2002 issue of Pioneer, the yearbook of RMHS.

“I remember walking into the main office, it was prior to the construction of the new building. Mr. Orlando was the principal at the time and the main office was adjacent to the mail room and the copy room, which was much larger in the old building’s layout. I remember Mr. Orlando stopping me as I was walking to go make some copies. I think it would’ve been equivalent of B block today–period 2, roughly–I had that off. And he grabbed me and he said, ‘Did you hear about the plane that just flew into the World Trade Center. It’s a national tragedy.’ 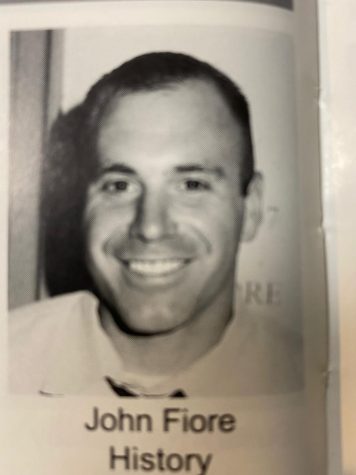 “I thought to myself ‘Oh, man, that’s terrible,’ but I was thinking a single engined propellor plane or one of those puddle jumpers like something that could’ve easily got disoriented or off-course–terrorism didn’t even enter my mind. I made my copies and went back to my room. And you also have to understand that September of 2001 internet access in the building was all via the outlet or the ethernet. So your cell phone didn’t have a million apps on it. I literally didn’t have a cellphone at the time actually cause I was trying to stay away from that. I didn’t want anyone calling me on my cell phone all the time. But, yeah,text messaging was not a thing either, social media was in its infancy at best.

“You know I can remember at lunch, my room was right across from the cafeteria and the football players would come eat lunch in my classroom to watch film and go over stuff and I remember they all came in anyway and I don’t think it really registered with a lot of the kids as much as it was starting to register with the adults. They wanted to fairly go on as normal.

“And then I remember Mrs. Napoli, who used to be a secretary here. She stopped me in the hall, right after it. She was in tears and so I said, ‘Illeana, are you alright?’. She said, ‘They just flew one into Washington, D.C we’re under attack. I don’t know if we’re gonna make it.’ And she was nearly inconsolable.

You would see and hear occasionally the fighter jets early on just scrambling from different bases to get to Manhattan and stuff but by 2:30 in the afternoon everything had kind of settled back, not into a routine, but everyone had settled down. The government was telling us that the attacks were done for the day and everything was on lockdown, they had grounded flights, and had troops scrambled.

“We had a moment of silence and it was interesting, those days it was like ‘Don’t let terrorists think they’ve stopped you and don’t let them scare you.’ It’s funny actually, we ended up playing that weekend. We played, soccer, field hockey, everybody kind of kicked off their season that weekend.”

“One:  it was like the most beautiful day.  It was just sunny, and there wasn’t a cloud in the sky, and I was actually going out insect collecting with my students. 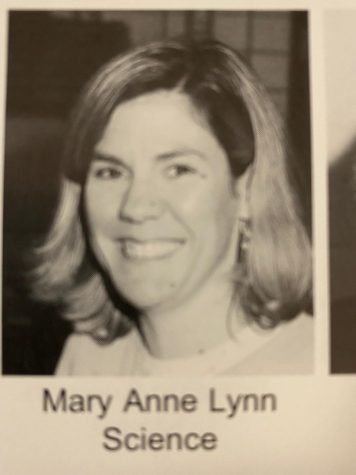 And so we were just about ready to go insect collecting and I called down to the office just to let them know that we were going out of the building, and the secretary in the office said to me, ‘Oh, a plane just crashed into the World Trade center.’ But at that time… no-one knew that it was a terrorist attack. And I went out just thinking that there was this horrible accident that had happened.

“And so we went out and then when I came back, I found out about the second plane and then the one in Pennsylvania and the one in Washington D.C. And so it was a very stressful day here at the High School. And we–you know it was pre internet–so we had like these big TV’s and so during lunch the teachers were all watching the news on the TV to try and get caught up. And it just seemed kind of surreal that this major event was going on and we were just proceeding with classes as usual.

“Everything was so unsettling and not knowing if something else major was going to happen that students would be witnessing on TV. Yeah, there was just so much uncertainty with, with how everything was going to play out. It was really scary.” 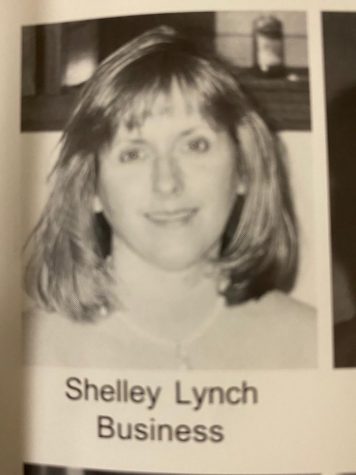 “So on September 11, 20 years ago when that happened, I was a new teacher at Reading High School— the old building, and I remember walking into the main office. The secretary at that time was Rose Hines, and she looked up at me and she just said, ‘Planes just went into the Twin Towers in New York City!’, and I said, ‘What do you mean?’

“We didn’t even know at the time what actually happened that day; that [the attack] would have happened. All we knew was that a plane went into the building, and then another plane. As the day started to unfold, we started learning more and more but we really didn’t understand that we were under attack at that particular moment. It took time even for— I remember the President at the time, Bush— well…he was being briefed about what was going on. It was a complete surprise. Who did this? Why did they do this?”

“I was actually much more of a teacher at Coolidge, and that’s where I was when this all happened… I remember I actually had a prep because I think it was during our first block….and, Gary Hart who was the Vice Principal of the school was sort of coming around and sort of letting teachers know that something was going on, because no one really knew what was happening. 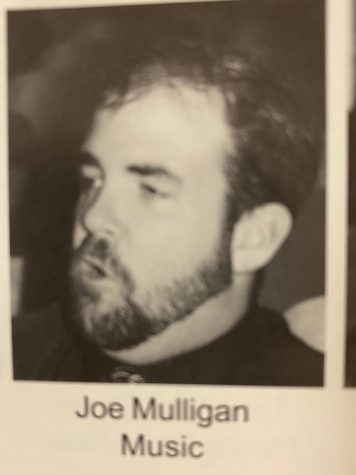 “I was in the music office, and I closed the door and I put on the news, and it must have been CBS news because it was Dan Rather that was sort of talking–and again at that point it was still like, no one really knew like what was happening–you know we didn’t, like there wasn’t a lot of video, at least I didn’t see any at that particular time and it was just like a…the instant that something like that happens it just became like, okay well what do we do with the kids?

“No one really knew truly what was happening, or if this was an isolated incident or because as things were breaking it was, you know this happened at the World Trade Center. Wait–but there’s also something that happened at the pentagon and then like–wait a minute there was another plane that went down in Pennsylvania.  And then we start hearing that, well we think all these planes came out of Boston so is there something in Boston that’s going on or whatever?

“People were really not sure what was going on, but I thought that the administration at Coolidge did a good job. Dr. Doherty was actually the principal at that time, and like I said, Gary Hart was actually the vice principal up here for a little while too after he left Coolidge–who was great.  I mean he was just really a good and calming force on the staff. And then the staff could sort of do that for the students.”