Burbank Arena Sits on A Former US Army Missile Site 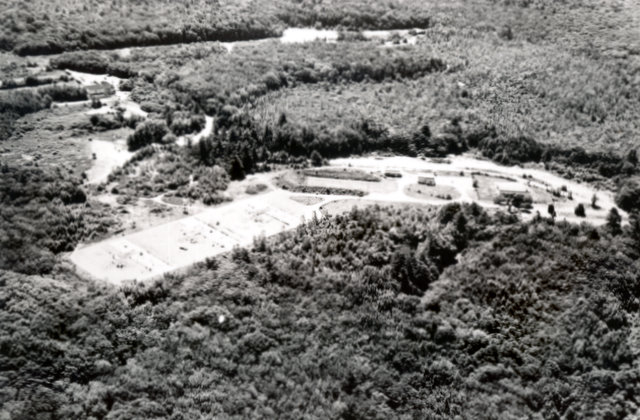 Every day children skate at Reading’s beloved ice rink, many wearing Reading Rocket gear, completely unaware that there were once real “rockets” no more than a few feet from the ice below them.

Why would there ever be a need for rockets in the quiet town of Reading, though?

The answer dates back roughly sixty-five years to the Cold War.

The Cold War, taking place after World War II from about 1947 to 1991, was a long period of tension between the United States and their allies, who had just emerged victorious against the Soviet Union. The Cold War was driven by a mutual desire of both sides to gain geopolitical and ideological global influence.

In addition to the nuclear arsenal development of both sides–a major defining factor of the Cold War–many warfare methods were used such as conventional military deployment, physiological warfare, propaganda campaigns, espionage, and even rivalries such as the Space Race–the challenge to see which nation could achieve space travel first. While the doctrine of “mutually assured destruction”–which guaranteed both the attacker and defender to be annihilated when nuclear weapons were launched by more than one opposing side–held back both sides from preemptive attack, many missile batteries were deployed throughout the United States.

The Boston Defense Area was home to numerous Nike missile batteries that belonged to the Nike Missile Project. Initially, these batteries were manned by regular United States Army troops; however, in 1959, the National Guard took over four of these sites, including site B-03 which was located on 51 Symonds Way, the current address of the Burbank Ice Arena.

The Nike Missile Project was a United States Army project consisting of a line-of-sight anti-aircraft missile system. The first Nike missiles, developed in 1954, were called Nike Ajax missiles; these were the type of missiles in Reading.

Being the world’s first surface-to-air missiles, the purpose of Nike Ajax missiles was to attack conventional bomber aircrafts that would fly about 50,000 feet in the air. Reading’s Nike missile site was deployed along with many others as a last line of defense against possible Soviet bomber attacks. These missiles were present in Reading, although they were never actually launched into the air, from July 1955 to March 1963.

Roughly forty acres were designated to holding missile magazines. Missile magazines were where the Nike Ajax missiles were actually stored. Located underground, the Reading site had three rows of three magazines each. Current General Manager of the Burbank Ice Arena, Ed Peduto, recounted a statement made by the initial owner, Nelson Burbank, who has since passed. “Mr.Burbank was very surprised how extensive the underground area was to service the silos, telling me ‘Ed, they could drive an 18-wheeler under there, I had no idea!’”

The third part of the site–the administrative area–consisted of the battery headquarters, barracks, mess hall, and recreation hall. This was located across town near Bear Hill in Reading. If you visit the site today, you will notice a neighborhood of small identical houses that were once home to the military personnel who worked at the Nike missile site. Peduto also recalled how Marylin Lewis, Burbank’s gardener who has lived in Reading since 1953 once described memories she had of the site to him. “She mentioned the military cut down trees in her neighborhood to maintain a visual connection between the silos and ‘Bear Hill’ where the observers were to order missile launches.”

Reading, along with the entire United States has come a long way since it was necessary to deploy missile sites such as this. Today, nothing stands of Reading’s Nike missile site other than the few remaining homes near Bear Hill; Reading residents who frequent the site often are largely unaware of the history that lies under their feet. Figure Skater Lindsay Vander Zouwen (’21) who has skated at the Burbank Ice Arena for most of her life is only vaguely aware of its past. “I’ve heard rumors about it but I don’t personally know much about it even after spending so much time at the rink.”

What was once home to deadly weapons is now a place for people to come together and share the joy of ice skating. That truly expresses how Reading has changed, despite the public’s lack of awareness.